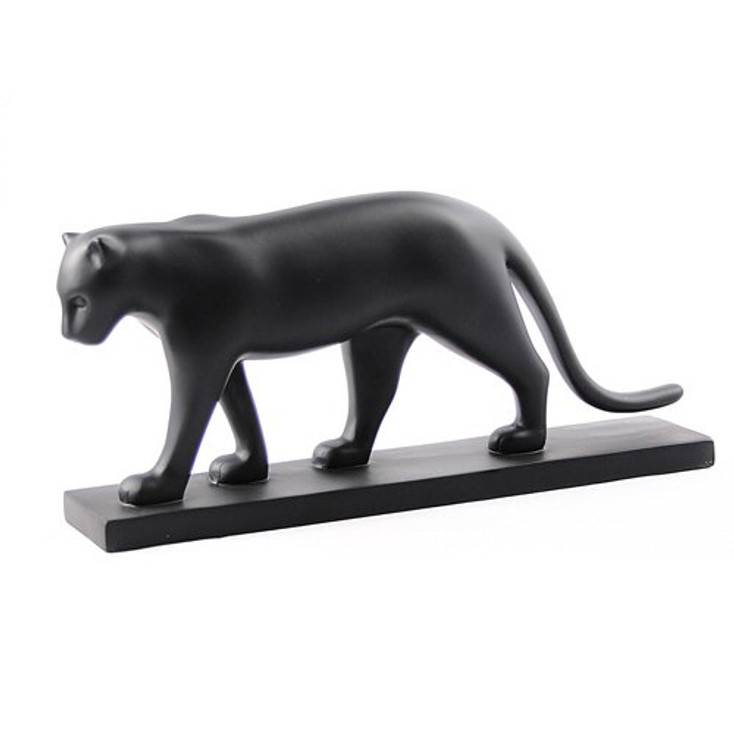 This Black Panther Walking statue by Francois Pompon extends the collection of museum replicas manufactured by Parastone in Europe. It makes a lovely pendent pair to Pompon's most famous statue of a Polar Bear. It is made from resin with a dark bronze black finish. Measures: 5"H x 11.5"W x 2.25"D. FRANCOIS POMPON (1855-1933), French sculptor, student of Rodin and famous for his stylized animal figures. Receiving encouragement from Rodin, he produced some stunning works such as the Polar Bear shown at the 1922 Salon d'Automne. By the age of 67, he had become famous and produced many other masterpieces during the last ten years of his career.

MSRP:
Sale Price: Sale Price: $70.95
Reg Price: $93.95
This bronze bull statue by Francois Pompon is a reproduction of Francois Pompon's Bull statue (le taureau) and is part of the Parastone Museum collection. It is made from resin with a bronze finish...

MSRP:
Sale Price: Sale Price: $19.99
Reg Price: $31.99
University of South Carolina Steering Wheel Cover. Add a special accent to your drive with an embroidered steering wheel cover. Our covers are made with a combination of faux suede and fabric mesh to...

MSRP:
Sale Price: Sale Price: $36.99
Reg Price: $59.99
26" x 42" University of Nebraska Grill Mat. Are you a die hard sports fan that likes to show off your team pride even while grilling? Then this Grill Mat was made for you. Both practical and...

MSRP:
Sale Price: Sale Price: $33.95
Reg Price: $58.95
Dress up your dining room table and add flavor and style to your kitchen decor with these four brown monkey porcelain salt and pepper shakers. These shakers will bring creativity to all table...

MSRP:
Sale Price: Sale Price: $55.95
Reg Price: $81.95
Rhinoceros Rhino Wine Decanter with Pewter Accent. Entertain your guests in style when you use this 42oz wine decanter. Showcase your favorite wine and get a look of class and sophistication for...