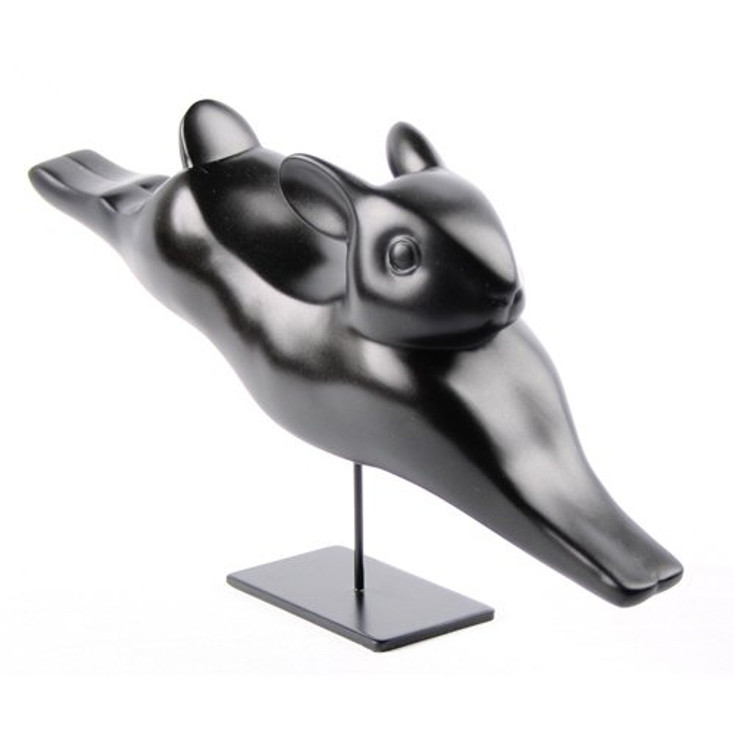 This Running Rabbit Lapin Courant statue by Francois Pompon extends the collection of museum replicas manufactured by Parastone Museum Collection. It makes a lovely pendent pair to Pompon's most famous statue of a Polar Bear. It is made from resin with bronze finish, and a metal stand Measures: 6.3"H x 9.1"W x 2.25"D. FRANCOIS POMPON (1855-1933), French sculptor, student of Rodin and famous for his stylized animal figures. Receiving encouragement from Rodin, he produced some stunning works such as the Polar Bear shown at the 1922 Salon d'Automne. By the age of 67, he had become famous and produced many other masterpieces during the last ten years of his career.

MSRP:
Sale Price: Sale Price: $28.95
Reg Price: $51.95
Decorate with this Two Bunny Rabbits Holding up a Flower Porcelain Sculpture to add a classic decorating touch to the home. Emphasize your home decor style and bring elegance and class to the home...