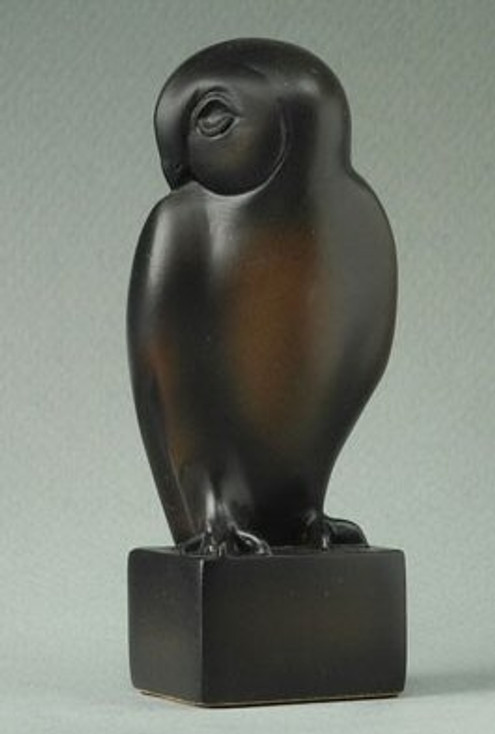 This miniature Owl Bird statue by Francois Pompon is a petite rendition of a famous museum statue and is part of the Parastone Museum collection. It is made from resin with hand painted details. Comes in a gift presentation box. Measures: 1 1/2"W x 1 1/4"D x 3 5/8"H. Statue weighs 4 oz. FRANCOIS POMPON (1855-1933), French sculptor, student of Rodin and famous for his stylized animal figures. Receiving encouragement from Rodin, he produced some stunning works such as the Polar Bear shown at the 1922 Salon d'Automne. By the age of 67, he had become famous and produced many other masterpieces during the last ten years of his career.

MSRP:
Sale Price: Sale Price: $519.00
Reg Price: $729.00
Old Pueblo Metal Wall Art. Add a decorative rustic flair to your home, ranch, cabin, or lodge when you hang this metal southwest wall art. This wall decor is made with steel for durability and is...

MSRP:
Sale Price: Sale Price: $41.95
Reg Price: $58.95
Present an outstanding look in the home with these twelve our family love absorbent beverage coasters by Grace Pullen. Make a statement in the home and bring a beautiful decorative touch to your...